Pune has entered the league as one of India’s major cities. Its close proximity to India’s commercial hub Mumbai, coupled with great weather and easy access to a host of tourist spots has made Pune a great place to settle down in. Not just that, Pune combines the small town feel including loads of open spaces and greenery with an urbanized and modern outlook. Everything one could want is at an easy access such as the best brands, restaurants, world class hotels and pubs, great cultural and architectural hotspots, etc. It is also famously known as the Oxford of the East due to the excellence it has in the educational sector.

Not only are there consultants to guide you in every step of the way but through a job fair in Pune or through the internet, finding a job in Pune has become very easy for everybody. The biggest growth in the job market has been brought about by the top software companies in India.  The list of major software companies in Pune needs to include all the big names in the industry that have a very strong presence in Pune as Tata Consultancy Services Pune, Infosys Technologies Pune, Tata Technologies, KPIT Cummins Infosystems Ltd. Pune, Wipro Technologies Pune, Tech Mahindra Limited Pune, Capgemini India Pune, Satyam Computer Services Ltd. Pune, 3DPLM Software Solutions Limited Pune, Fluent India Private Limited Pune, Persistent Systems Limited Pune, Synechron Technologies Pvt. Ltd. Pune India. The strongest presence among the list of major software companies in Pune is of Tata Consultancy Services Pune who has built up a strong foundation and provides thousands of jobs to both locals and people coming in from all over the country.

Pune is contending for the spot of being the silicon valley of India and has recently overtaken Bangalore in having the most PC penetration than any other city in India. All companies want to be a part of Pune because of the stable environment and great work culture. A list of IT companies in Pune has been mentioned above. The list by itself is very impressive. But that is not all the Pune has to offer. Along with a list of IT companies in Pune, one should also be aware of other ventures in the city. Some of the biggest names in India and abroad provide job vacancies in Pune. Accenture, Thought Works, Tibco Software, Amdocs, ADP, Avaya, AtoS, BMC Software, Barclays Capital, Cognizant, Capita, Deloitte, C-Dac, Cybage Software, Fab.com, Fulcrum Worldwide, Fujitsu, Fiserv, Future Group, Global Logic, Geometric Limited, HSBC GL T India, Hexaware Technologies, Harbringer Systems, iGATE, Mind Tree, Larsen and Tourbo Infotech, Mastek, Quin Street, Red Hat India, Sun Guard, Symantec, TeraData, NTT Data, Nihilent, Mphasis, Nvidia, Sasken, Syntel, Symphony, Tieto, etc. are some of the big names in the job market in Pune. Everyone has an entrepreneurial zeal and people are always on the move trying to have constant growth in their lives.

So for everybody thinking about their career, Pune is a choice like no other. With the influx of top software companies in India, top MNC companies, Indian IT companies and top IT companies in the city, one can only look forward to the future. It is a major IT Hub of the country and there is even an entire section of the city dedicated to the IT industry. The Infotech Park at Pune is famous all over the country and attracts both companies and working professionals. So what are you waiting for? Head over to Pune and give jet start to your career! 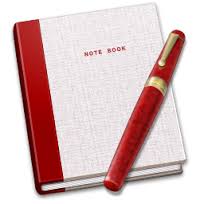 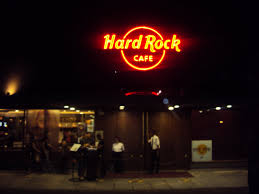